Tune in to a New Way to Stream: How the Music Industry Has Responded to the Pandemic

No one could have imagined the effects of COVID-19 and its ensuing global impact. It brought everything to almost a standstill, including the mighty $50 billion (£38 billion) global music industry.

First, it affected only a few shows in Europe and Asia, but it wasn’t long before clubs shut down and a wave of cancellations of events, festivals, and tours hit the industry. Some notable events, such as Coachella and Stagecoach, Brussels' Listen! Festival, and Ultra Music Festival, were all cancelled or postponed due to the crisis.

Live performances accounted for about 50 per cent of global music industry’s total revenue, but its numbers took a nosedive once the pandemic hit. With the world still grappling with the virus, live music still feels a long way from reach.

However, the industry has been slowly adapting to the crisis. Fans have turned to digital platforms and radio to get their music fix. There might be some hope for our global artists, after all. Here, we’ll look at how the industry is responding.

The impact on the music industry in 2020

When streaming services like Napster and Spotify first launched, it had a huge financial impact on the music industry. Record sales plummeted as people switched to paying for platform subscriptions rather than buying singles and albums. However, despite initial losses in physical record sales, clubs, events and live music flourished with an insatiable appetite from fans for live music experiences. In fact, “festival attendance increased up 23% in 2019 to 4.9m people.

Before the pandemic, it was projected that the live concert industry’s total revenue would reach $31 billion (£22 billion) in four years. Ticket sales would have made up $24 billion (£17 billion) of that total. Unfortunately, it’s unlikely these numbers will be reached as the pandemic has hit the entertainment industry the hardest, affecting clubs, venues, festivals and live concerts. In 2019, the UK music industry was worth £5.8bn and predicted 11% growth, whereas the reality of 2020 has seen an 85% slump. But whilst the industry deals with the onslaught of challenges and job losses, people are still longing for the chance to see live music again, in any way they can, emphasising the willingness to pay to access the music we love.

The transition from 'free' TV to on demand has been seismic. The last few years have seen us embracing platforms such as Netflix and NowTV as great ways to access the content we most wanted to watch. Platforms like Prime Video and Apple TV showed that we were also willing to pay both a platform fee and a premium for particular titles. Needless to say, the music industry has been taking notes.

The pandemic has created new demand for the music that people love, and in turn new revenue streams for artists across the globe, beyond just live performances. Some artists, such as Neil Young, Cardi B, and Melissa Etheridge, moved to online subscription platforms to get paid for their behind-the-scenes content and music. Overall, the pandemic has pushed for innovation, answering the call from fans to be able to access new and exclusive tunes, and in turn providing an opportunity for artists to leverage new ways to commercialise engagement beyond the live arena..

How live performance is being adapted

One part of the music industry that has had to adapt is live performance. Although the UK vaccinations programme is now underway, there aren’t any solid plans for live music performances to return anytime soon. This is something some musicians have come to terms with, and they’re devising new ways of making music collaborations and keeping their fans entertained.

Musicians are circumventing the physical barriers of COVID-19 by collaborating online on new releases. A good example is Colonel Tom Moore, who became the oldest person to top the UK charts. Together with Michael Ball and the NHS Voices of Care Choir, Moore released his cover of Gerry and the Pacemakers’ You’ll Never Walk Alone for a fundraising project that raised over £30 million.

How platforms are changing

There are also music sharing and streaming platforms that are changing the industry. Musicians are using them to hold virtual concerts, raise funds, and share new releases. For example, Spotify added a feature that allows musicians to fundraise through their profiles. Other notable platforms artists have been using include:

Will the pandemic revolutionise how people listen to music?

The truth is, the pandemic has already revolutionised how fans listen to music. For example, in the US, talk radio and drive-time pop music habits have changed. More fans are using Siri and Alexa to find their favourite tracks instead of their usual in-vehicle music experiences.

Working from home has also provided people with more time for entertainment. According to Music Week, streaming platforms like Spotify and Deezer have noticed changes in listening habits, but an overall increase in listening. In the UK, BBC radio streaming rose by 18 per cent in March, while Global, the owner of LBC and Capital FM, reported an increase of 15 per cent in online radio listening.

Music platforms generally gave a lifeline to creatives all over the world. New platforms are emerging that allow fans to support their favourite artists. Examples include Nugs.net, StageIt, BandsInTown, Bandzoogle, Memberful, and Beatstars. These platforms offer easy access to music sales tools and critical metrics for online performance.

Harnessing the power of promotion

Even before the pandemic, there were already powerful platforms for artists and DJs to promote their work. Music promotion was already transforming the industry — COVID-19 just pushed it forward. Some of the notable promotions that musicians can use include:

Many artists already have large and highly-engaged audiences, but they must also take the time to understand their ever-changing needs and behaviour. Passionate fans are always eager for new releases and content, and with the growing demand for new, exclusive  content in light of the lack of live performance, artists can make the most of this. Pairing advanced promotional techniques with the content fans want — alongside a great customer experience — will help drive sales and increase profitability.

This can be made even easier by delivering an exciting Promotion Experience (Promotion EX), which can help engage and delight your fanbase. Promotion EX focuses on providing a great customer experience while using incentives that help increase engagement and sales. Using incentives to drive subscriptions, such as getting a bonus mix, or perhaps using codes to provide exclusive early access to an album is also effective in promoting your work. Single-use, unique codes protect your offers to only your intended fans, through only your intended channels.. Utilising a Managed Promotions Platform like Uniqodo lets you generate unique codes, enable partnerships, and prevent code misuse — which can aid in delivering a great Promotions EX.

Technology continues to influence the music industry nowadays. In the absence of live performances, technology has taken centre stage in the production, distribution, and promotion of music.

Consumers have made it clear that they want easy access to content via streaming platforms. Although musicians were initially protesting online streaming due to unfair compensation, they have been forced to accept the model as that’s what the majority of the consumers want. Platforms, such as Mixcloud, Deezer, Apple Music, MixRadio, Pandora, Tidal, and Spotify, have made it effortless for fans to access their favourite content. They can create playlists and listen to music on the go — anytime, anywhere.

And that’s why musicians must find ways of using these platforms while providing new innovative ways to reach fans and getting them to engage with their music. For example, offering exclusive content to your fans using controlled promotion codes to facilitate access is a great way to supplement standard streaming.

Consumers also compare prices when looking for the ideal streaming platform. In the UK, music apps charge between £7 to £10 per month. This is an external factor that artists can’t control, so it’s wise to use platforms where most of your fans are. Be sure to use platforms that offer a frictionless experience to your fans as well as easy access to your content.

The COVID-19 pandemic has had a devastating effect on the music industry, particularly on live performances. A growing list of artists also delayed their releases due to the inability to leverage concerts and tours to promote the release. However, music consumption via digital platforms has been increasing.

In fact, third-party digital platforms have played a vital role in the distribution and discovery of content. They have also helped musicians and labels to identify consumer behaviour to improve their promotions while discovering new opportunities.

Other musicians and labels have their own music websites, making it easy for them to partner with different platforms, offer exclusive content, sell merchandise, and promote their content. As an artist, it’s possible to improve the effectiveness of online music sales and increase conversions by using a Promotions Management Platform that gives you control over your promotions. 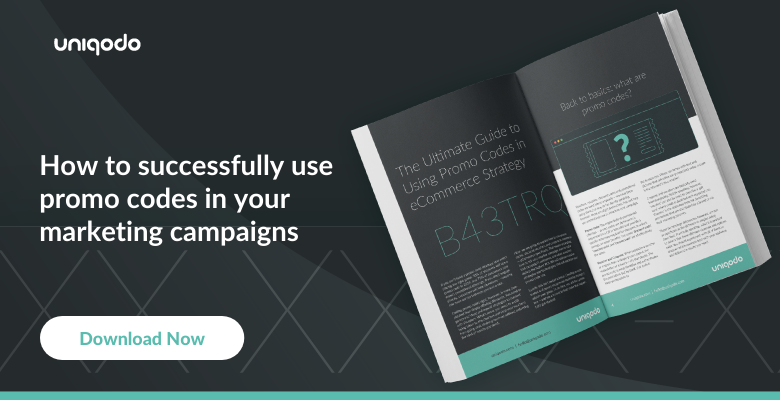 Get our Latest Insights

What is Promotion Experience?